BOTB is one of the UK’s leading car competition platforms. Entrants can play a ‘spot the ball’ game for a chance to win a car of their choice from over 180 different models. As well as weekly car competitions, BOTB also runs a lifestyle prize competition.

BOTB first started in UK airports back in 1999. Initially, the prizes were limited to a handful of luxury sports cars, such as an Aston Martin or Porsche. As BOTB competitions have grown in popularity, so have the number of prizes. Entrants can now compete to win a large selection of cars, as well as lifestyle prizes, such as luxury holidays or watches.

Nowadays, BOTB is an online competition platform, as they no longer have a physical presence at airports or shopping malls. They have given away over 500 cars, ranging from Lamborghini’s to a BMW E46 M3, and there are new winners every week.

How does BOTB work?

What is Spot The Ball?

BOTB is legally required to use a skilled competition to determine winners, rather than a lottery or raffle. A ‘spot the ball’ game is used, whereby entrants are shown a sports photograph with the ball removed. The players must use their skill and judgement to decide where the centre of the ball is located.

The competition is judged by a panel of sporting experts (including some familiar faces), who use their professional opinion to decide where the ball should be. The winner of the competition is the player who guesses closest to the judges decision. Below is a helpful video explaining of how spot the ball works.

What if there is a tie?

If two or more players are deemed joint closest to the winning position, the player whose second guess is closest wins. If one of the players did not play a second guess, than an additional spot the ball game will played to decide the winner. The runner up doesn’t walk away empty handed, as they receive up to £500 cash and £500 BOTB credit to use on future games.

How much does it cost to play BOTB?

The cost of entering BOTB depends on which competition you enter and the prize you want to compete for, with prices starting from as little as 15p. The more expensive the prize, the higher the entry price.

Dream Car Competition: Prices start from as little as 85p per ticket for a Suzuki Swift Sport right through to £7.85 per ticket for a Lamborghini Urus. There are also cash prizes available for each vehicle, if you decide not to take the car.

Lifestyle Competition: As the value of most of the lifestyle prizes is far cheaper than the dream car prizes, the cost of entry is generally significantly cheaper, with tickets starting from as little as 15p.

BOTB is one of the UK’s longest established and most trusted car competition platforms. They have given away over 500 cars since 1999, including a selection of supercars, vintage cars and even motorhomes. Entry prices are affordable, and entrants can compete for both car and lifestyle prizes.

Reviews of BOTB on Feefo and Trustpilot rate the company as excellent. You can read our full and in-depth BOTB review here to decide whether it is the right car platform for you. 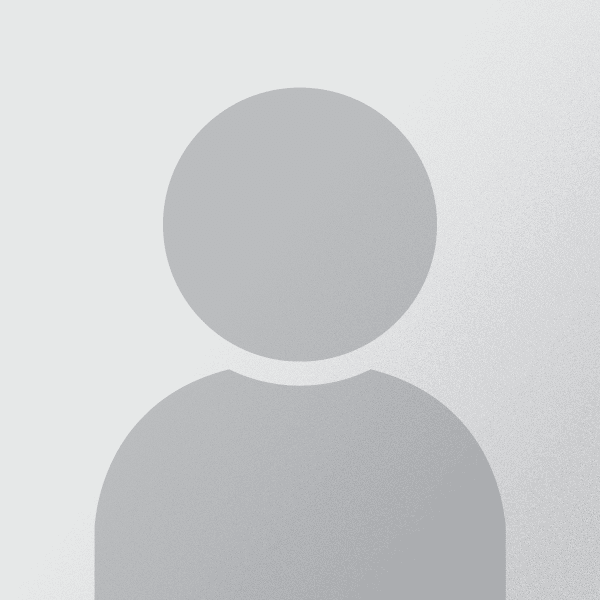 Richard L
Read More
As one of BoTB's original customers, playing for 20 years, I would thoroughly recommend the 'Dream Car competition as it is great fun to play, with a good range of cars to suit all tastes. Accepting that the last few pixels are a matter of luck, I will continue in the quest for a win (one day). Thank you BoTB for a great competition.

Munjinder Pahal
Read More
This is great website with wonderful people that run it. I cant even tell how I felt when I got the call that I had won the superdrive. Every Tuesday I was wishing to win something on this website. I just want thank you all.

Richard George
Read More
Very good web site and game with lots of choice of vehicles for spare change. I've played it for years now but still not quite made the cut but have been super close.
Previous
Next
Read our BOTB Review

There are 2 main categories of prizes that can be won on BOTB – cars and lifestyle prizes. Entrants can choose between each type of competition, and also select the exact prize that they would like to win.

As the name suggest, the BOTB Dream Car competition allows entrants to win the car of their dreams. The platform has over 180 car models to choose from, including brand new vehicles, modified cars, vans and even motorhomes.

A more recent addition to BOTB are the lifestyle prizes. The prizes in this competition include motorbikes, holidays, watches and cash. There is also an ‘other’ category, which is made up of items such as computers, gaming equipment, cameras, jetskis, musical equipment, cycles and more.

As with any paid competition, some contestants will question whether BOTB is a scam. Our research indicates that BOTB is legitimate. Below are some of the indicators that BOTB is a trustworthy company.

How to win BOTB

As BOTB isn’t a lottery or raffle, and winners aren’t determined purely by chance, there are ways to increase your chances of winning. The spot the ball game requires skill and judgement, and with our top tips you can improve your odds of winning a dream car.

Our tips to win on BOTB cover a range of different strategies, from keeping costs low to improving how you perform in spot the ball. Not all of the strategies will help everyone, and some require special promotions and offers on BOTB.

What are the odds of winning BOTB?

The odds of winning a BOTB dream car competition depend on a number of factors. Firstly, the number of other entrants in each competition will influence the odds, with more entrants resulting in higher competition and worse odds. Conversely, if there are fewer entrants, than your odds will be higher.

The other main factor is how well you play spot the ball. The winner of each dream car is the contestant who guesses closest to where the judges deem the centre of the ball to be. A level of skill and judgement is required to accurately guess, with better guesses having higher odds of winning a BOTB car. Check out our advice above for tips to win BOTB spot the ball competitions.

Below are the best BOTB deals and offers currently available on Assistall. If you use any of our BOTB offers and enter a competition, we may receive a commission, which helps us donate to UK charities who do great work throughout our society.

BOTB car compeition winners receive free insurance and servicing on their new cars, up to the value of £1,500 and £400 respectively.
GET DEAL
Read full review

Assistall is a social enterprise that donates 50% of the profits to UK charities, so we love other companies who also help raise funds for charity. BOTB have made charitable donations to over 80 charities totalling more than £160,000. You can find the full list of charities that have been supported by BOTB here.

Even if you don’t win your dream car or a lifestyle prize, it is nice to know that some of your entry ticket may go towards supporting good causes.

Our comprehensive review of BOTB, as well as customer reviews from real players and winners.

Is BOTB a Scam?

An in-depth look into the legitimacy of BOTB to help determine whether or not it is a scam.

Is BOTB a Scam?

A selection of paid and free car competitions, as well as tips on how to win a car.

When you use an Assistall voucher code, you help raise money for charity, at no cost to you! We donate 50% of our profits to our charity partners. Find out more.

Get in touch with our friendly team.

Assistall is a social enterprise with 2 primary goals – save consumers money & raise funds for charity! When using an Assistall voucher code or money saving tool, you help donate money to UK charities.

This website uses cookies to improve your experience while you navigate through the website. Out of these cookies, the cookies that are categorized as necessary are stored on your browser as they are essential for the working of basic functionalities of the website. We also use third-party cookies that help us analyze and understand how you use this website. These cookies will be stored in your browser only with your consent. You also have the option to opt-out of these cookies. But opting out of some of these cookies may have an effect on your browsing experience.
Necessary Always Enabled
Necessary cookies are absolutely essential for the website to function properly. This category only includes cookies that ensures basic functionalities and security features of the website. These cookies do not store any personal information.
Non-necessary
Any cookies that may not be particularly necessary for the website to function and is used specifically to collect user personal data via analytics, ads, other embedded contents are termed as non-necessary cookies. It is mandatory to procure user consent prior to running these cookies on your website.
SAVE & ACCEPT

Assistall.co.uk is an independent platform containing comparison tools, voucher codes, deals, reviews, money saving articles and information that aims to provide you with tools to make better decisions. Whilst we remain independent, some retailers or brands may pay us a commission when you use a voucher code, deal, comparison tool or click from our website to theirs and complete a purchase or action. We split our commission 50/50 with our charity partners, so when you support Assistall you are also supporting amazing UK charities. You can find out more about how it works here. We may receive compensation to promote certain voucher codes, deals or information on Assistall.co.uk, but this does not influence our independent reviews and information. Whilst we endeavour to provide extensive coverage of all deals and offers, priority in posting and updating this information is given to retailers and brand who will pay us a commission. As such, there may be additional or alternative deals, offers, services, providers and products may be available elsewhere. Please do not interpret the order information appears on Assistall.co.uk as an endorsement or recommendation from us.